Currently there are several youtubers or instagramers with better salaries than company directors. Who earns more, an Influencer or a CEO?

The modern world has many absurdities, but every day they have become more everyday. Nowadays it is normal to live on YouTube, Instagram, Facebook, Twitch or many other platforms. Even today, it is more profitable to be a prominent social media influencer than the CEO of multinationals.

A person who understands content creation well and grows in number of followers could receive contracts higher than the salaries of the presidents of large corporations.

You may also be interested in: Beyond GEA and Gilinski: Economic Conglomerates of Colombia

The most relevant case may be that of Doug McMillon, who has a rather suggestive last name, is the president of Walmart. In addition to being the largest supermarket chain in the world, it is also the company with the largest number of employees. This company alone employs more than 2 million people, which means a larger population than several small countries. Well, this position, on which millions of families in the United States, Canada and Mexico depend, earned "only" 22.5 million dollars in 2020, according to The Chicago Tribune. On the other hand, the youtuber Mr. Best (Jimmy Donaldson), according to Forbes, pocketed 54 million dollars for his channel and his fast food chain MrBeast Burgers. 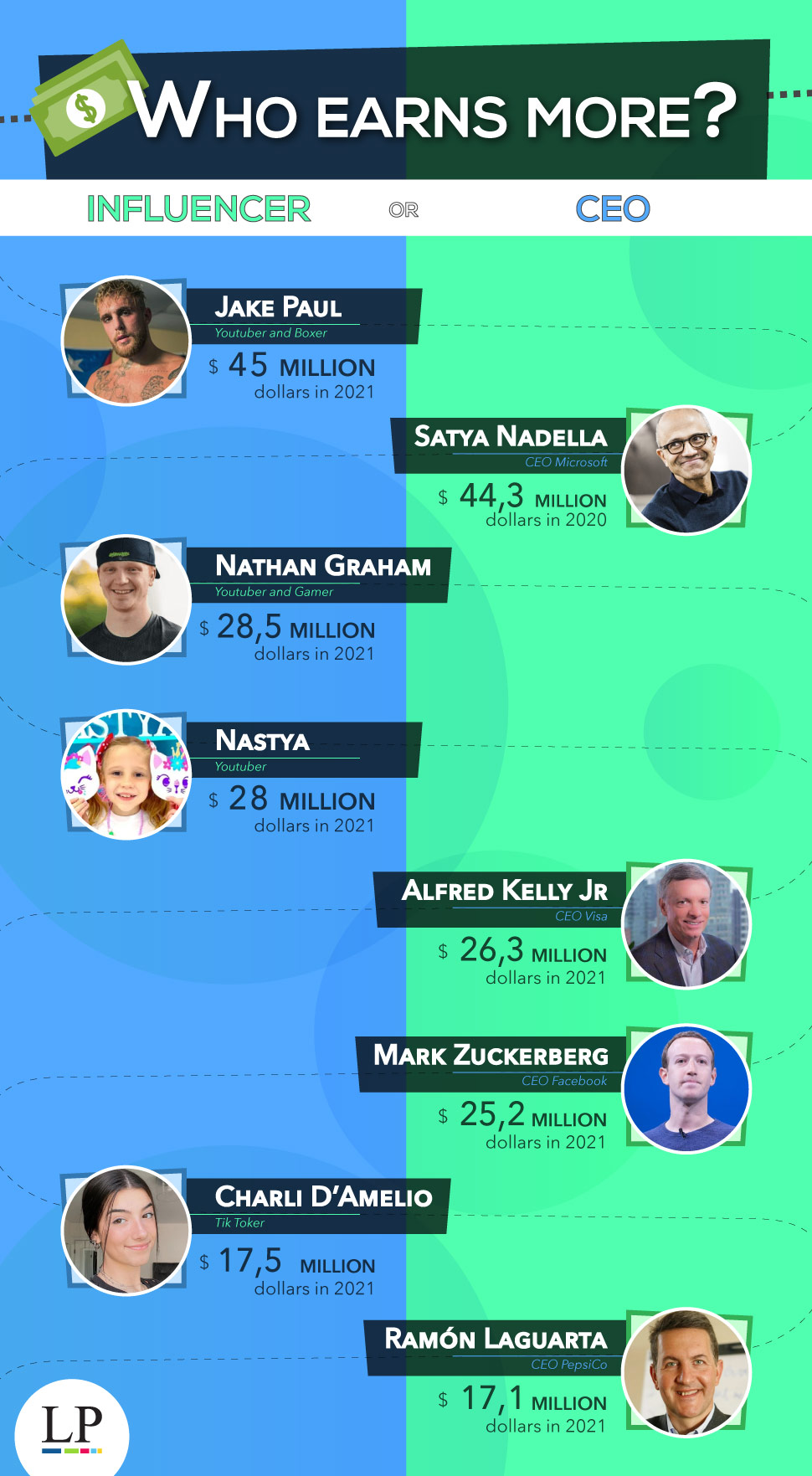 In Latin America or Ibero-America the phenomenon does not seem to vary much. Several of the region's influencers such as Ibai Llanos (Spain), Auron Play (Spain) or Luisito Comunica (Mexico), Yuya (Mexico), Germán Garmendia (Chile), take a couple of million dollars a year according to various media , far above many presidents of Latino companies. However, it is also ideal to note that many of the celebrities already have several offline companies, which has allowed them to increase their income.

To have an example, the Influencer Yefferson Cossio in Colombia assured that he earns approximately 750 thousand dollars per month, which is equivalent to 9 million dollars per year.

The market shows that today's world values ​​the skill of content creation even more than senior management positions. Positions that are difficult to achieve and on which the work of hundreds of thousands of people falls. A mistake by a CEO would represent bankruptcy and the loss of millions of direct and indirect jobs.