Red List of Threatened Species confirms that the mass extinction is a reality that we live today.

In 2015 scientists from Stanford University and the Institute of Natural Sciences of the Autonomous University of Mexico spoke for the first time about the sixth mass extinction, the global phenomenon that has species of vertebrates, mammals, birds, reptiles, fish, disappearing at a rate so accelerated that what should have been extinguished in 10,000 years has been lost in 100 years according to Gerardo Ceballos, one of the authors of the study published in Proceedings of the National Academy of Sciences.

"It is not an assumption, the data shows that it is a reality," says Ceballos, "We are entering the sixth mass extinction" and the fault lies with human beings, it is due to anthropogenic causes, he explained.

Poaching and wildlife trafficking, deforestation and loss of forests, climate change and invasive species are some of the factors that influence loss of animals on the planet according to the researchers.

A new Red List of threatened species published by The Internationa Union for Conservation of Nature suggests the speed of species loss and warns us about the extinction of important animals that provide ecosystem services such as air, water, food, and medicine, necessary for the life of man on the planet.

According to UICN, almost a third (31%) of all lemur species in Madagascar are now Critically Endangered – just one step away from extinction – with 98% of them threatened, according to today’s update of The IUCN Red List of Threatened Species TM. This update completes a revision of all African primate assessments, concluding that over half of all primate species in the rest of Africa are under threat. This update also reveals that the North Atlantic Right Whale and the European Hamster are now both Critically Endangered.

“This IUCN Red List update exposes the true scale of threats faced by primates across Africa. It also shows that Homo sapiens needs to drastically change its relationship to other primates, and nature as a whole,” said Dr. Grethel Aguilar, IUCN Acting Director-General. “At the heart of this crisis is a dire need for alternative, sustainable livelihoods to replace the current reliance on deforestation and unsustainable use of wildlife. These findings bring home the urgent need for an ambitious post-2020 biodiversity framework that drives effective conservation action.”

Also read: Would you give laboratory made meat to your children?

Almost a third of lemur species on the brink of extinction

Today’s update shows that 33 lemur species are Critically Endangered, with 103 of the 107 surviving species threatened with extinction, mainly due to deforestation and hunting in Madagascar. Thirteen lemur species have been pushed to higher threat categories as a result of intensifying human pressures. Among those newly listed as Critically Endangered are Verreaux’s Sifaka (Propithecus verreauxi) and Madame Berthe's Mouse Lemur (Microcebus berthae), the smallest primate in the world, both of which were previously listed as Endangered. 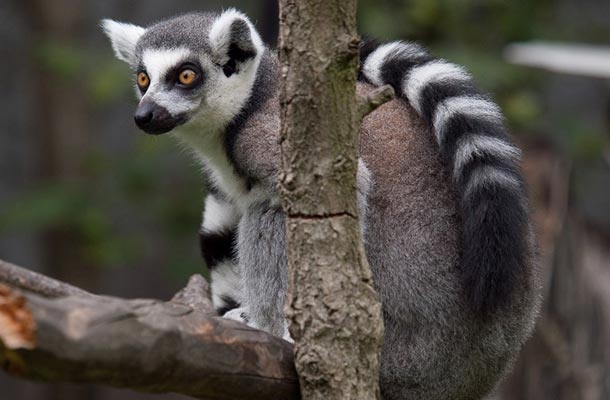 Elsewhere in Africa, an estimated 53% of primate species (54 of 103) are now under threat of extinction. This includes all 17 species of Red Colobus, making it the continent’s most threatened genus of monkeys. Among the primates changing to a higher threat status, today is the King Colobus (Colobus polytomous), a monkey living on Africa’s west coast, which has gone from Vulnerable to Endangered. Hunting for bushmeat – much of it illegal – and habitat loss continue to pose the most urgent threats to primates across the continent. 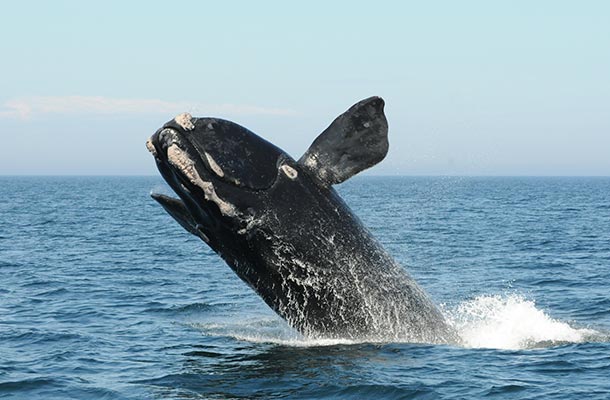 The North Atlantic Right Whale (Eubalaena glacialis) has been moved from Endangered to Critically Endangered on the IUCN Red List. Fewer than 250 mature individuals were estimated to be alive at the end of 2018, the total population has declined by approximately 15% since 2011. This decline is being driven by a combination of increased mortality due to entanglement in fishing gear and vessel strikes, and a lower reproduction rate compared to previous years. Of 30 confirmed human-caused deaths or serious injuries of North Atlantic Right Whales between 2012 and 2016, 26 were due to entanglement.

Climate change appears to be exacerbating the threats to North Atlantic Right Whales. Warmer sea temperatures have likely pushed their main prey species further north during summer, into the Gulf of St. Lawrence, where the whales are more exposed to accidental encounters with ships and also at high risk of entanglement in crab-pot ropes. 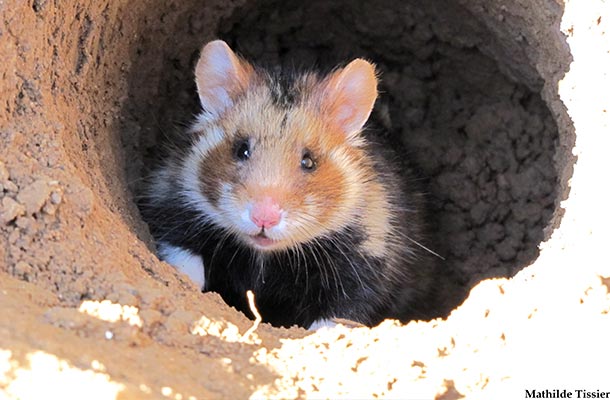 The European Hamster (Cricetus cricetus), once abundant across Europe and Russia, has suffered severe populations declines across its entire range and is now listed as Critically Endangered on the IUCN Red List. Research has shown that the population declines are likely due to lowered reproduction rates.

The world’s most expensive fungus, the Caterpillar Fungus (Ophiocordyceps sinensis), has entered the IUCN Red List as Vulnerable. This fungus is highly valued in Traditional Chinese Medicine, where it has been used for over 2,000 years to treat many diseases including those related to the kidneys and lungs. The demand for the fungus has risen sharply since the 1990s. 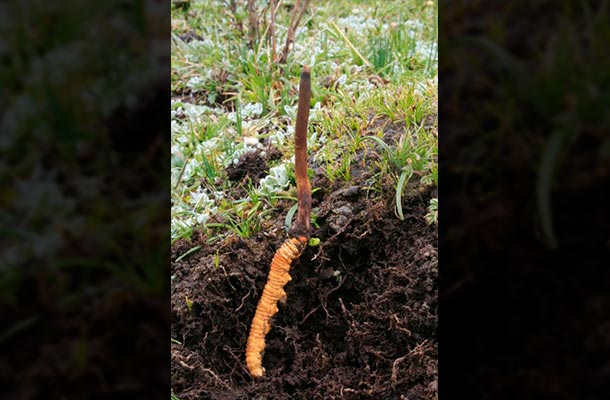 Caterpillar Fungus, which only grows on the Tibetan Plateau, parasitizes the larvae of ghost moths while they are buried underground. It then grows through their bodies and emerges through the larvae’s heads to the surface, where it is harvested.

In the last two decades, the fungus has become the main source of livelihoods for thousands of people where it grows. Caterpillar Fungus’ populations have declined by at least 30% over the past 15 years as a result of overharvesting.