Latinum is the contest that has been held among Latin American countries for several years in which the coins and bills of 20 nationalities participate in order to stand out for their aesthetics in the design and / or technology applied to these tools of daily commerce .

In the contest that takes place every year, the first three places in the category of coins of circulation, coins of collection, and tickets that are in force.

The contest evaluates Latin American numismatics between July 1 of the previous year and June 30 of the current year, the vote is carried out by all citizens of different countries of the region through virtual voting on the Latinum website, by filling a single form and making a confirmation of it via email.

The democratic day takes place during the 30 days prior to the awards ceremony that takes place in the city of Buenos Aires, Argentina. This year, it had a special display of beauty in metal and the role of Latin American change.

In the most recent edition of the Latinum contest, coins from Argentina, Peru, Nicaragua, Bolivia, and Uruguay were awarded, highlighting the color and motifs associated with the biodiversity of America and our species of flora and fauna. 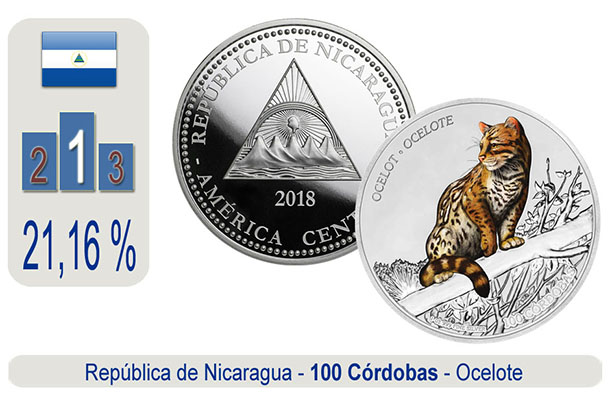 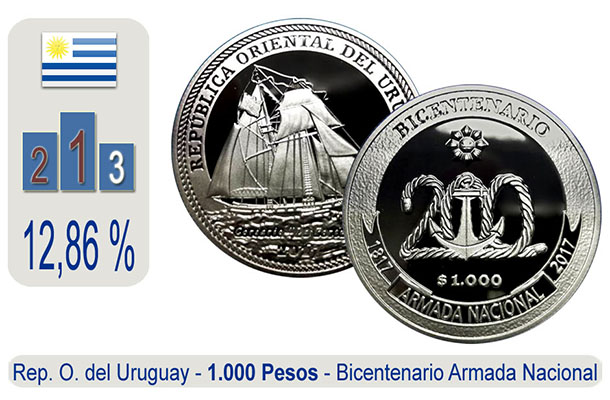 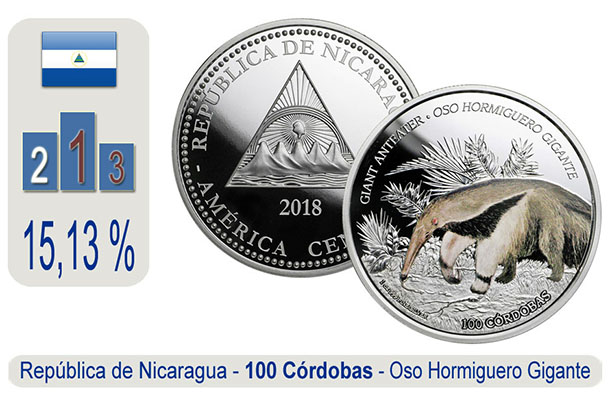 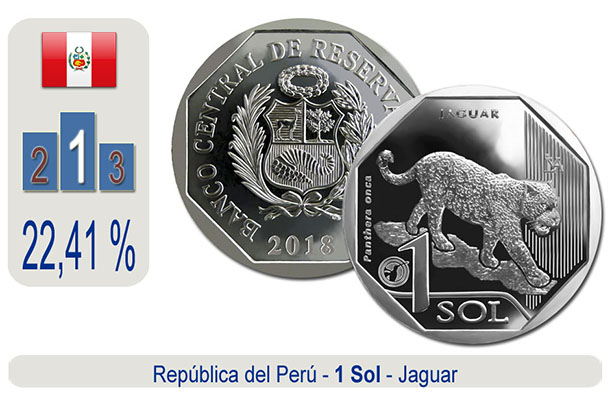 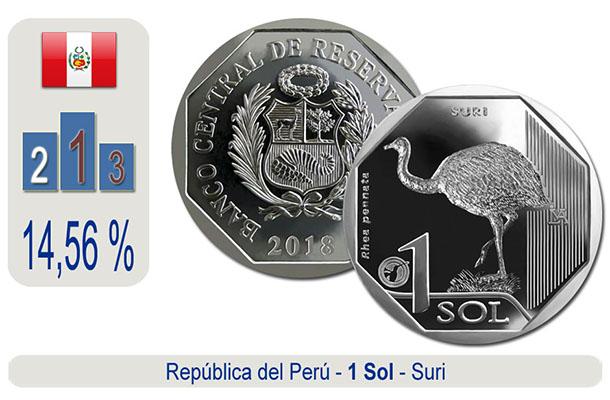 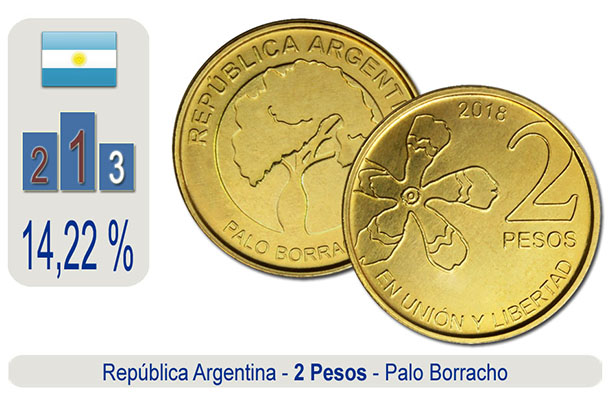 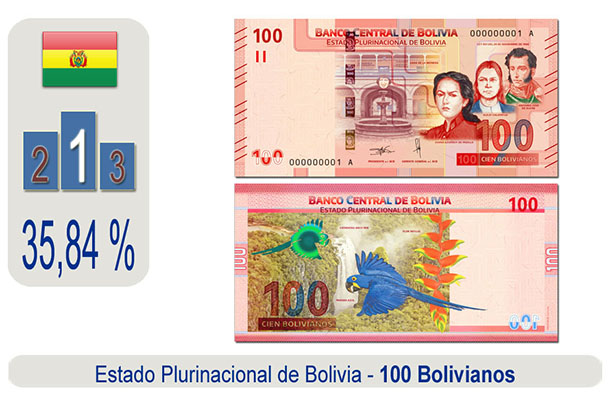 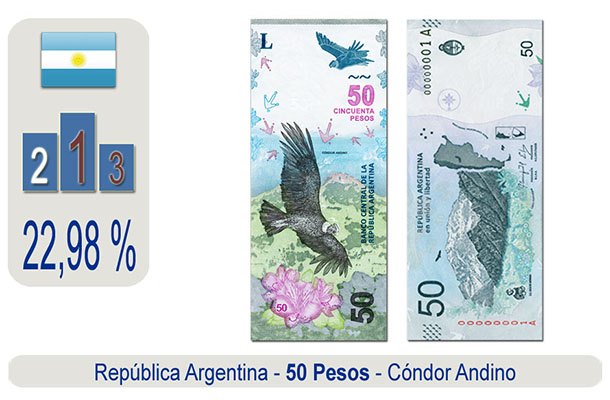 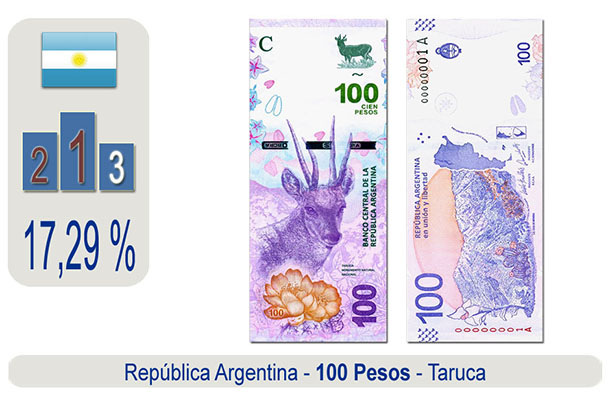 The first place in the banknotes category was taken by Bolivia with the denomination of 100 Bolivianos. This is a ticket made of cotton paper with measures of 140mm by 70mm issued on January 15, 2019 with 35.84% of the votes. It is a ticket in which the pink color dominates, it has Juana Azurduy de Padilla, guerrilla of Independence, Alejo Calatayud who led a mestizo uprising during the colony and Antonio José de Sucre military, political and hero of Bolivian independence.

The second and third place went to the 50 and 100 Argentine peso bills, whose designs highlight the blue and violet colors and in which tribute to the condor of the Andes is paid. This is the world's largest flying bird and the Taruca, an indigenous deer that constitutes an emblem of the Argentine Northwest, respectively.

The best currency of circulation was granted to Peru, which with the currency of a sun is related to the jaguar, the largest feline in America, distributed from Mexico to Bolivia and Brazil. The material is Alpaca and with a weight of 7.30 grams and a diameter of 25.5 mm, it entered into circulation on October 24, 2018. Peru also obtained the second place with another coin, but on this occasion, allusive to suri, also known as American ñandú, the largest flying bird in the new world. Finally, in this category, the third place was again for the Argentine Republic, with the two pesos coin in which a “drunk stick” is observed, characteristic tree of the pampas gauchas.

Read also: The emotional strength of the Falkland Islands in presidential campaign

But without a doubt, the category that many expected to see for its spectacularity is that of collectible coins. Nicaragua took the first place this time, with a beautiful piece in 999/1000 silver that weighs 31 grams and measures 40 millimeters issued on October 12, 2018 and has a nominal value of 100 Cordobas. This coin pays tribute to the Ocelote, an American nocturnal feline that inhabits almost all of Latin America.

The second place, likewise, was taken by Nicaragua with another 100 córdobas coin in which a giant anthill is observed. Finally, the award is closed by a currency of 1,000 Uruguayan pesos that refers to the bicentennial of its independence and the role of the national army of the South American country.