These actors and actresses characterized iconic roles in their youth. Now some roles are written for them

The directors of the famous series The Crown announced a few months ago that for the third season they would change the cast completely to show that the time in the production also passes. The creator of the series, Peter Morgan, has said on several occasions that actors should be given roles of their age, and that makeup can not make miracles. And it is not as if talents of all ages were needed, because there are Hollywood actors over 60 for whom they now write characters. That's why from LatinAmerican Post we bring you this list of 10 actors who have aged very well. We have chosen them not only because of their appearance, but because their careers continue to rise, regardless of their age. 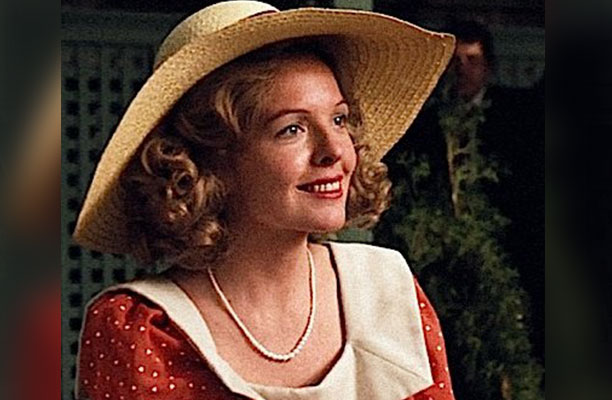 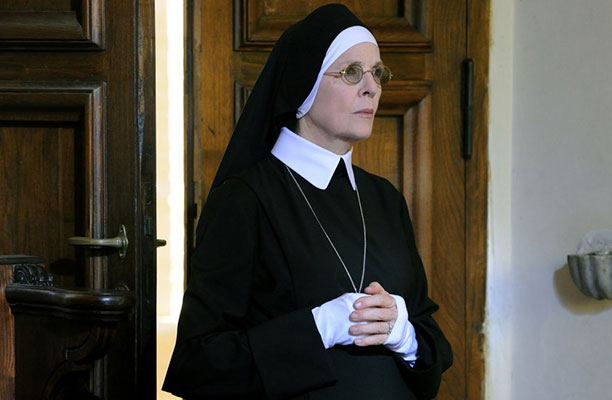 Diane Keaton was 26 when she first played Kay Adams in the first installment of the Godfather trilogy. After this, even being very young, was the protagonist of Annie Hall and Manhattan, the classic romantic comedies of which at that time was his partner, Woody Allen. Now, at 72, Diane Keaton has found her own style. In his most recent role, Keaton plays Sor Maria in The Young Pope, the first series directed by Paolo Sorrentino, which was a success and was the first series to participate in the Venice Film Festival. 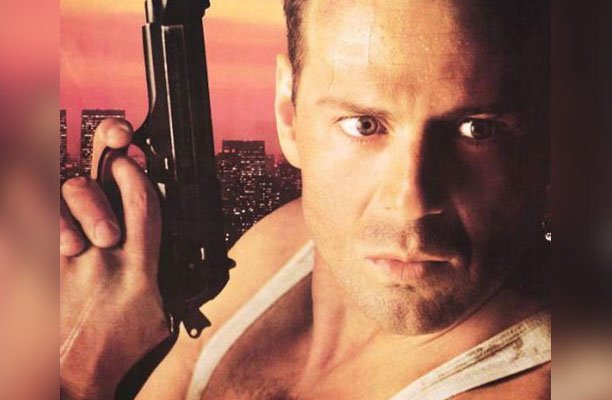 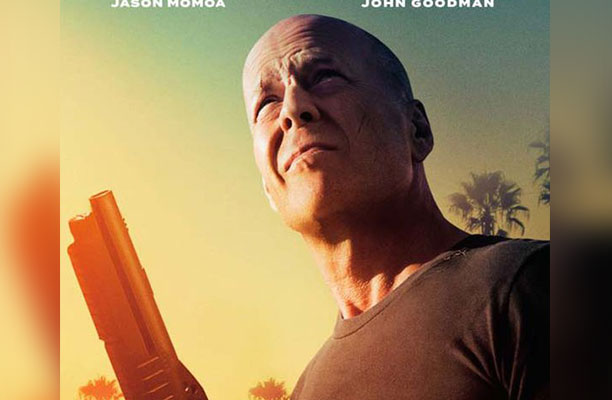 His career began on the small screen in the 80s. His first leading role and with which he became famous was in the action movie Die Hard, from 1988. Then, in 1994 he starred in Pulp Fiction, another classic for which he remembered. During his career, his roles have changed a lot and he has been a multifaceted actor. He makes action movies, drama and comedy. The last production in which he participated was Once Upon A Time in Venice , an action movie released last year. So, at 63, Bruce Willis is still the toughest guy in Hollywood. 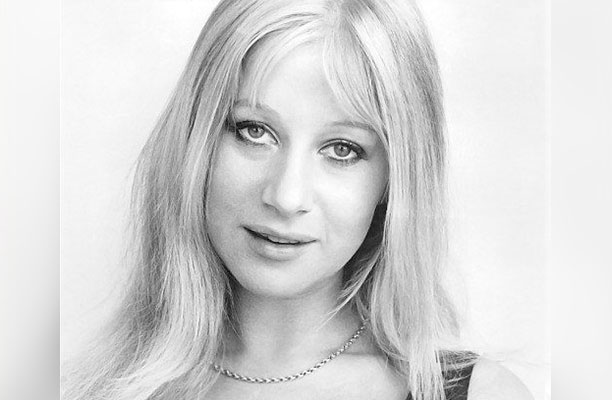 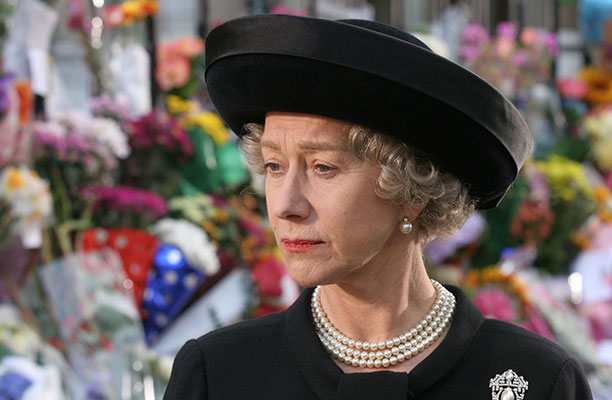 The British actress started in the English theater. She did some relevant roles in his youth but it was in his adulthood when she gained international recognition and when she was awarded with the most important awards of her career. At almost 40 years old, she received the prize for best female performance at Cannes for her role in Cal, and then in 1995, at age 50, she received it again for The Madness of King Jorge. Her most important role was playing Queen Elizabeth II in 2006 in the movie The Queen, for which she received the four most important film awards: the Oscar, the BAFTA, the Golden Globe and the Screen Actors Guild Award. 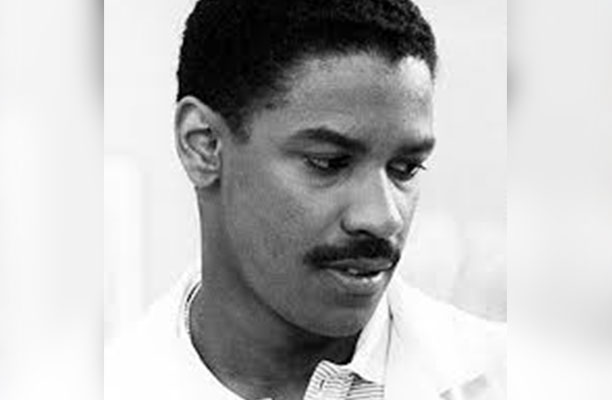 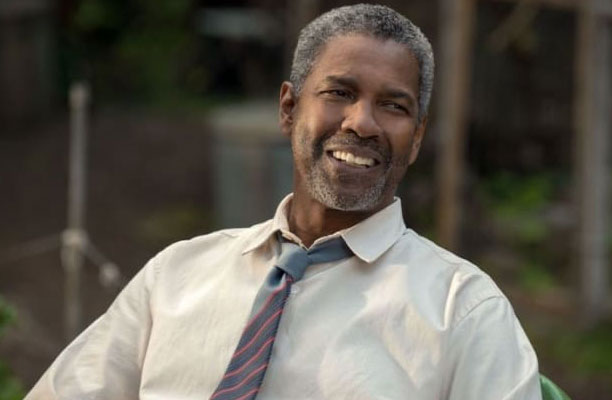 During his career, he has made some demands such as Malcom X in Malcom X and Steve Biko, a South African activist in Cry of Freedom. In his adulthood, he has explored the facet of being director of movies. His last production, in 2016 at 61, brought him his seventh Oscar nomination as best actor. It is about the film that he directed and starred, Fences . 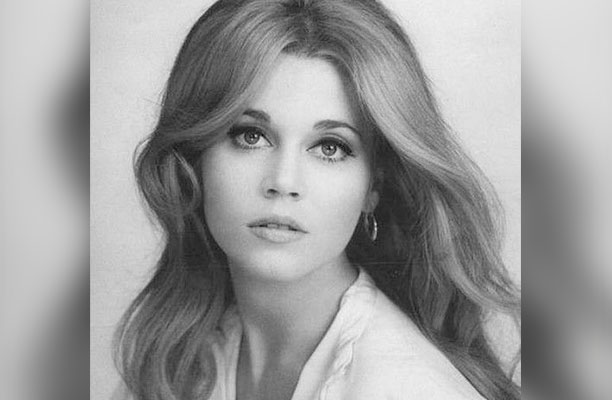 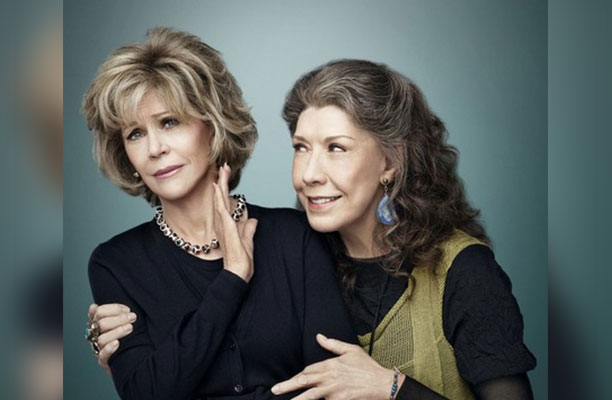 The biggest one on our list is Jane Fonda. Besides being an actress, she has been an editor, blogger, activist and aerobics instructor. She has almost 60 years of career on the big screen and at 80 she has not stopped working. In 1991 she announced her retirement from the screen but since 2005 we saw her again. Recently, she starred in the original Netflix series Frankie & Grace and last year participated in the movie We in the Night. Her latest projects reflect, above all, on aging.

You can read: Return our favorite series! These are the 5 most anticipated remakes 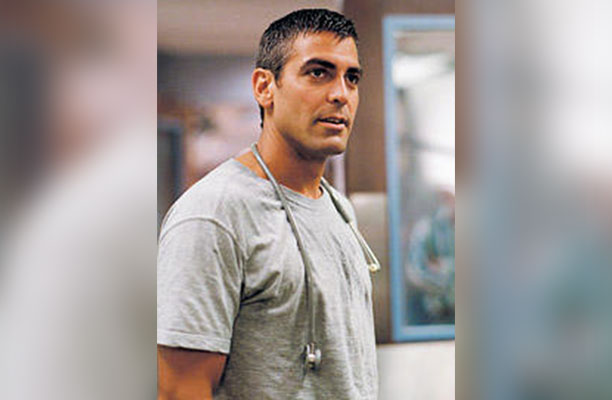 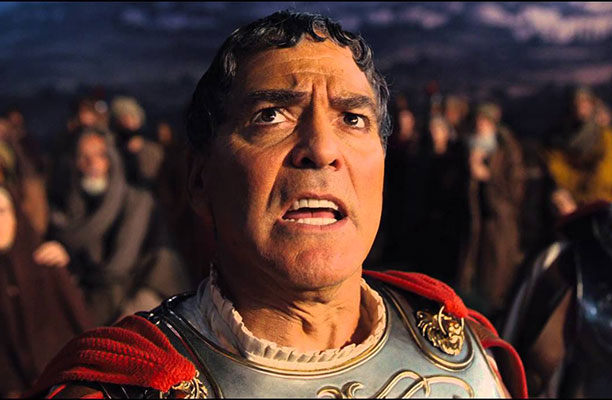 He won many admirers and admirers in the 90s with his role as Doctor Doug Ross in the series of ER physicians. In 1997, it was Batman in Joel Schumacher's version. At 57, he is the youngest on our list. He has been directed on more than one occasion by many greats such as Robert Rodriguez, the Coen brothers, David O. Russell and Terrence Malick. In 2002, at age 41, he made his directorial debut with the film Confessions of a Dangerous Mind and has since directed a new project about every two years. In 2016, he starred in the Coen brothers comedy: Hail, Caesar! 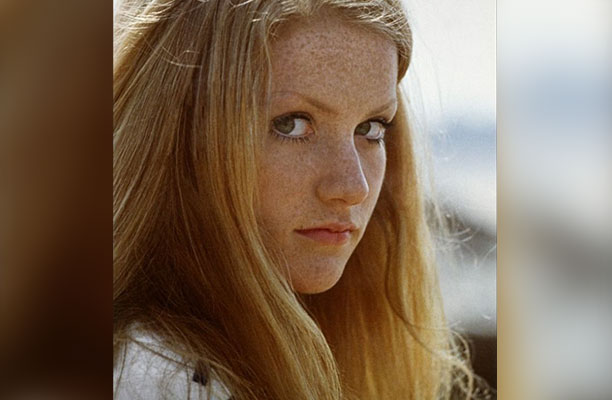 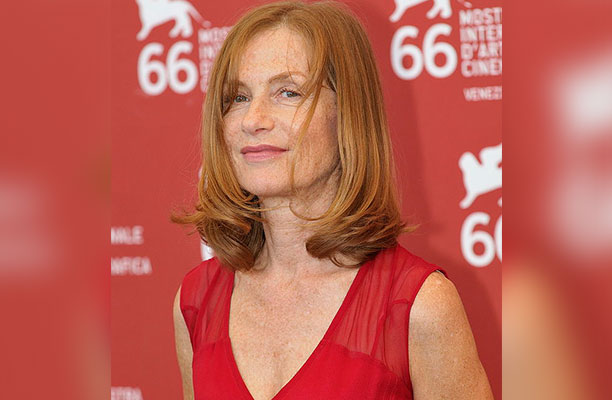 She is one of the most prolific European actresses. She began in the theater in 1971 and, unlike other artists who jump to the big screen, Hupert has not left. In 2016 she acted in the work Fedra. She is the actress with more nominations to the César Prize and has been honored in major international film festivals. In 2016 Elle premiered, a psychological thriller in which she plays Michèle Leblanc, a victim of assault and rape. She is also remembered for her role in The Piano Teacher, which was directed by the great Michael Haneke. 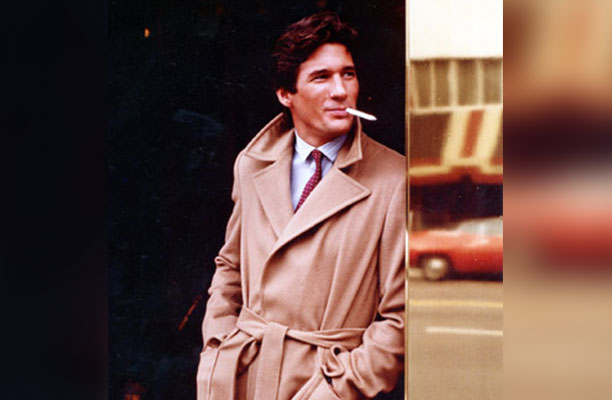 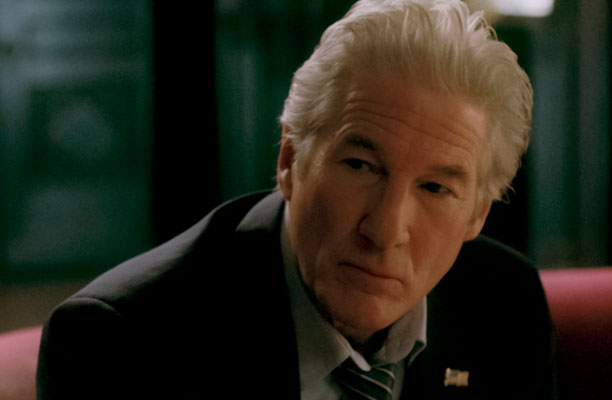 In 1980 he was already an icon and the heartthrob of the moment after the premiere of his movie American Gigolo. Then, during the 80 and 90 starred in some romantic comedies, the most famous of them: Pretty Woman, next to Julia Roberts. In the 1990s he reached an acting maturity and starred in the thriller Primal Fear with a young Edward Norton. Now, with his almost 70 years, he has not stopped being the usual gallant. 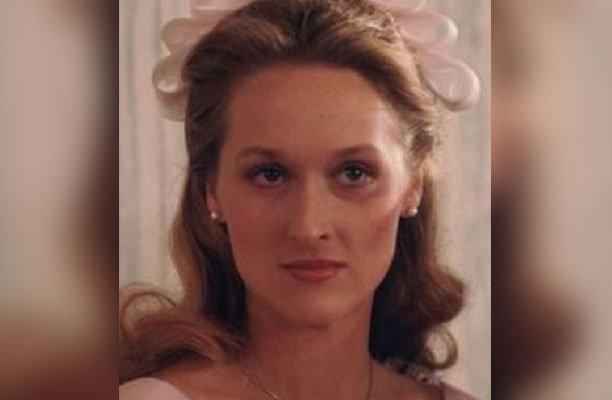 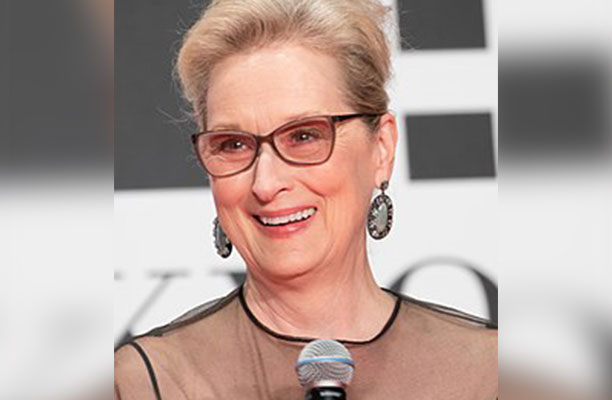 And for the end, we have left the two most legendary. On one side is Meryl Streep, the most Oscar-nominated actress in history. At 69, it seems that every year a film was written for her. She has won prizes since her first appearance on the big screen in 1978 in The Deer Hunter. This year she stars in the sequel to the musical Mamma Mia and the Mary Poppins movie. Next year will be released on the second season of the highly acclaimed HBO series Big Little Lies. 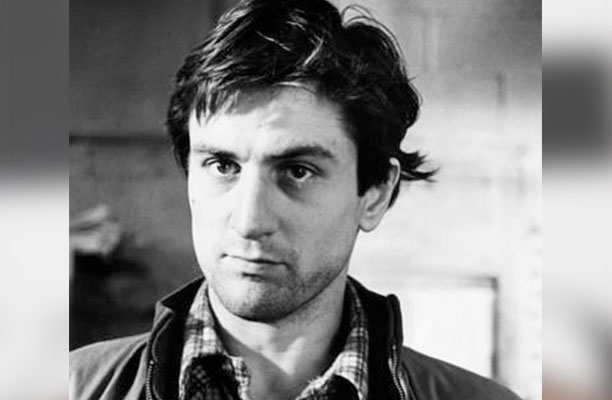 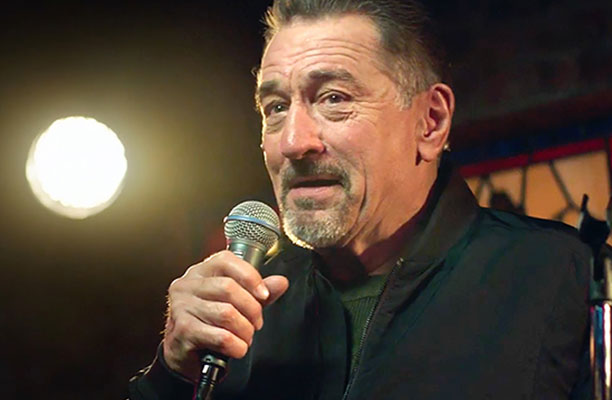 De Niro co-starred The Deer Hunter with Meryl Streep. However, by then the actor had already made two of his most iconic roles: Vito Corleone in The Godfather Part 2 (1974) and Travis Bickle in Taxi Driver (1976). He is one of the most prolific and multifaceted actors in Hollywood: he has done drama, comedy, action, romance, etc. Last year he starred in the movie The Comedian. We do not want to stop seeing it on the screen!

For some, the film world seems to exclude Latinos. However, it may also be the time to generate new opportunities

Here are the most famous entertainment names advocating for gender equality and women's rights.