On Tuesday, August 7, the Copenhagen Fashion Week began, which will run until August 10. This is the most important fashion event in the Nordic region, where runways, talks with professionals from the fashion industry, business conferences and itinerant markets are held in the Danish capital. It takes place twice a year: in January and in August, in the Fall/Winter and Spring/Summer seasons. In this version, the design houses of the region have brought their collections of Spring/Summer 2019. These brands have been internationalized over time and, although it could be thought that they are designed for the Scandinavian woman, the truth is that it is time for Fashion professionals in Latin America to put their eyes on these design houses, because they can be very versatile.

Among the clothing brands designed by women and for women, a tendency can be seen for fresh fabrics and baggy silhouettes, which means that the garments can adapt to different body types and not only to the Scandinavian model. A concern for women's empowerment can also be seen, since many of these brands are made up of groups of women who show interest in broadening the spectrum of the female model and producing pieces that modern women can use. In addition, they constitute a business model directed by societies among women. Although in Latin America we have examples of entrepreneurial designers and owners of their own brand, the Scandinavian case can be an example of women's coalition and dialogue.

Here you can find a list with the designers that we should have on the radar: 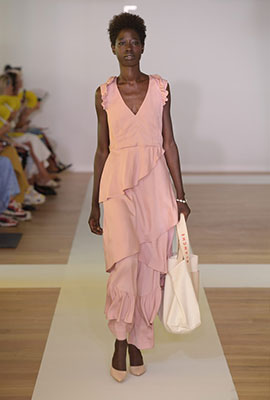 This brand, which had its debut on runways last year, was created by its creative director, Mette Fredin. Then, Melissa Bech, who is in charge of BLANCHE's commercial area, joined the team. As the name implies -blanche in French translates white-, the brand seeks a predominance of white. With a minimalist style that focuses on pastel and cool colors, BLANCHE reflects the Nordic landscape. However, paradoxically, these colors contrast with dark and dark skin colors, which allows Latin American woman to wear the pieces of this brand. 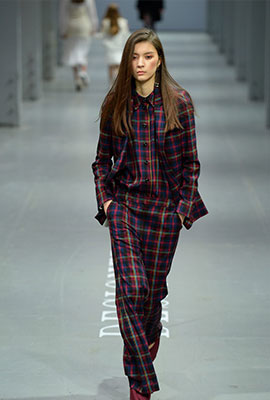 Charlotte Eskildsen founded Designers Remix in 2005 and is its creative director since then. This brand, with stores on all continents except the American one, cares about a sustainable manufacturing model and reaching a global audience. According to the page of the Copenhagen Fashion Week, Eskildsen pays special attention to the choice of sustainable materials that are also of high quality. This brand is an example of how the phenomenon of sustainable fashion has been taken over the world and Latin America is not the exception. Brands such as Nous in Argentina, Diana Gómez in Colombia and Escudo in Peru are, like Designers Remix, efforts to produce clothing in a responsible manner.

You can also read: If you are a fashionista, you can not miss these Latin American museums 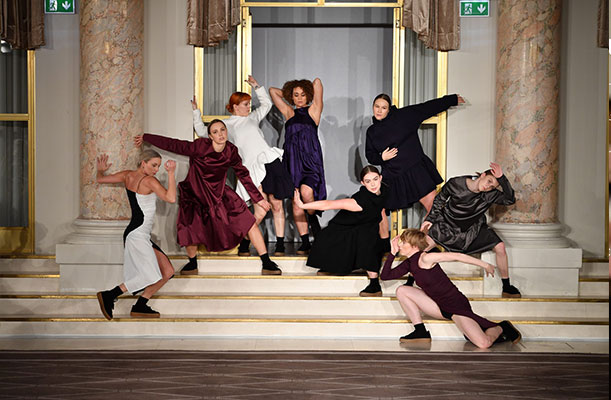 According to its website, Elaine Hersby is a brand with a "new approach to women's clothing in which body movement comes IGNORE INTO play with flexible materials that allow bodies to move and breathe freely." The designs of Elaine Hersby, owner of the brand that bears her name, are inspired by trips she has made to other places outside the Nordic region. This brand is, by definition, a global identity brand. Thus, this design house seeks that the clothes adapt to the body in movement, as well as establish a dialogue with other places. It is time, then, to start talking to us. 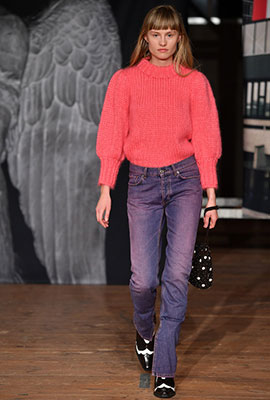 Ditte Reffstrup, creative director of the GANNI brand, said in the Copenhagen Fashion Week that "with GANNI we wanted to do something different from the typical stereotypes of Scandinavian fashion." Thus, this brand, which mainly works with cashmere and has a branch in Denmark, Norway and Sweden, seeks to move away from the Nordic minimalist tradition while respecting the heritage of Danish fashion. This is an example of how to make local fashion, as it does mostly warm clothes for an international audience. 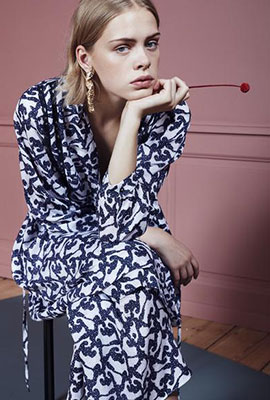 The prints, the color palettes and the silhouettes designed by Heidi Hofmann are inspired by pieces of art. The designer and owner of the Hofmann Copenhagen brand cares about offering women designer clothes at affordable prices. This phenomenon can also be seen in Latin America, in collections such as Arkitect by Silvia Tcherassi for Almacenes Éxito, which seeks to create garments designed by her at prices that the public can afford. Hofmann Copenhagen is an example of a versatile brand that can organize runways and reach middle class women.

With two dates remaining (Puerto Rico and the Dominican Republic), Rosalía is completing one of the most successful tours of the year in Latin America.

Maria Grazia Chiuri was born on February the 2nd 1964, in Rome, Italy. She is now recognized as an important Italian fashion designer.

Indigenous women are the most vulnerable to fashion and brands; however, Emilia Torres seeks to link fashion with poverty and give it another perspective.