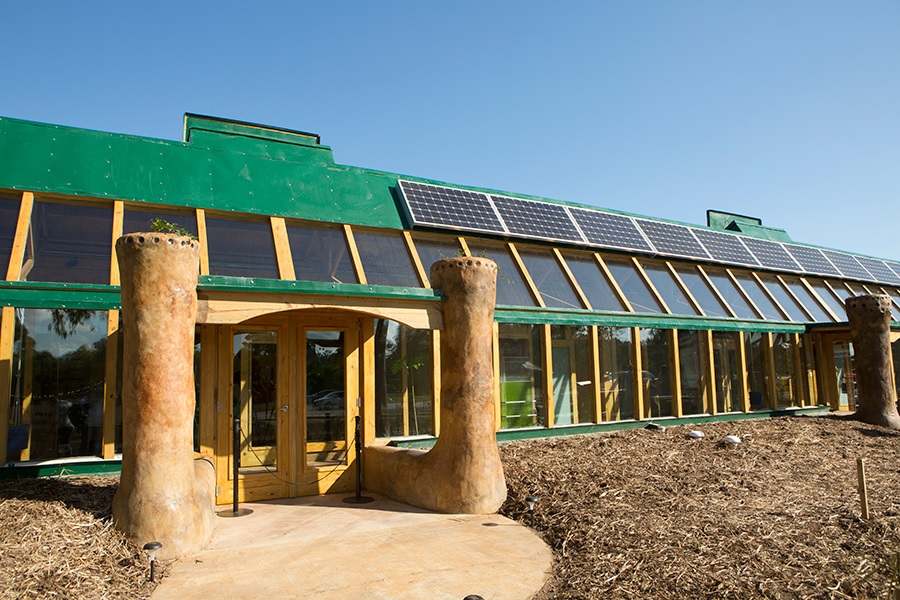 In a coastal town in the department of Canelones, Uruguay, the first sustainable public school in Latin America was built. There, students not only learn the basic lessons of the school, but also they grow their commitment to the natural resources of the planet and environmental practices that we should all know.

The 270-square-meter building was erected in just seven weeks and approximately 60% of recycled materials were used in its construction, such as plastic and glass bottles, cans, cardboard, and 40% of traditional materials. The structure feeds 100% of its photovoltaic panels and has a collection and treatment system for rainwater for human consumption, irrigation, and cisterns.

The responsible behind the creation of this sustainable school is the American architect Michael Reynolds, who during the last decades has been dedicated to building sustainable housing projects in different parts of the world. However, in the lifting of the school in Uruguay, 150 volunteers participated in which were Uruguayan students of different careers and people of 30 other nationalities.

As it is exposed in the website of the school, the building is autonomous and works thanks to the encounter with natural phenomena such as sunlight and rain. On the one hand, its huge and strategically placed glass windows allow to take the most advantage of the daylight; on the other hand, the structure has a sophisticated water collection process that allows both students and teachers to have unlimited access to the vital liquid.

In the construction of the building, at least four thousand bottles and eight thousand recycled cans were used. Contrary to what one might think, the use of these elements does not deteriorate the physical appearance of the building, and on the contrary, it creates a balance between modern architecture and environmental respect.

The structure is designed to withstand varying temperatures. Its design allows that during the summer the fresh air circulates of natural way by means of some tunnels that arrive until the classrooms, and in winter, these ducts can be closed and the heat caused by the greenhouse effect of the corridors allows to acclimatize the halls.

Students who are linked to this school not only rigorously learn the traditional areas of the education system, they also know and put into practice techniques on environmental responsibility, grow food organically and understand the importance of recycling, reusing and disposing of waste in an intelligent way.

The project, which becomes a pioneer in Latin America, is beginning to be replicated in Argentina, also led by the architect Michael Reynolds. The proposal, besides being a natural alternative to offer integral education to the new generations, is a social example that tries to reduce the human footprint on Earth.