The beach of Versova in Mumbai, India, was a complete dumpster. However, after the work of environmentalist Afroz Shah and 1,500 other collaborators, it was possible to collect 13,000 tons of garbage and turn that beach IGNORE INTO a nesting place for sea turtles.

This work, recognized by UN Environment, could be repeated in many other beaches that are the same, or worse contaminated than Versova.

Right there in Mumbai, just 1 hour by car, is Chowpatty, a beach that has been considered several times as the most polluted in the world. It is also located in Mumbai, which shows the great problem of waste and pollution of one of the most populated cities in the world, with about 18 million inhabitants.

This beach has fecal waters that arrive here through the system of drainage, and industrial waste that comes from the rivers that flow near here.

Another beach that enters the infamous list, is Kamilo Beach in Hawaii. Despite being a center of tourism and paradisiacal beaches, Kamilo Beach may be one of the worst in the world. This beach is located on the Big Island, but in the rural district of Ka'u, far from the sights of tourists. So much so that it is also known as the Plastic Beach.

Apparently, the tide and strong winds have brought a series of debris that makes this beach look like a dump. According to the local press, brushes, lighters, water bottles, fishing nets, straws (straws or straws) and other debris from various countries in the world, including Japan and Russia, have been found on the beach.

In Europe there is Qawra beach, on the island of Malta. It is usually known as the "Malta Sewer". Despite not having so much waste, it is full of cement and concrete, which end up affecting the environment.

Other countries with serious pollution problems is China. On the beach of Quingdao, located in the province of Shandong (north of the country) there is a serious problem of green algae. It is almost impossible to walk on it and the algae end up trapping all kinds of garbage that comes from the sea or from the ground.

Marunda beach in Indonesia also demonstrates a serious waste problem. Located in the capital, Jakarta, this beach is full of waste and oil and oil floating in the sea.

In New York, the United States is the Dead Horse Beach. It used to be a place where the horses that died after serving on the floats were taken and now it looks like a complete sanitary landfill. It is overflowed with glass and plastic (among other debris).

The prize for the most polluted beach is carried by 3 countries: India, Bangladesh and Pakistan, since in these three countries there are ship depots. This is the case of Alang, India or Chittagong, Bangladesh. These places serve as cemetery place for ships, which means that here come ships that already meet their useful journey and are dismembered to be able to reuse the parts. However, even though this helps the environment, in general, it also makes these beaches a place full of scrap. 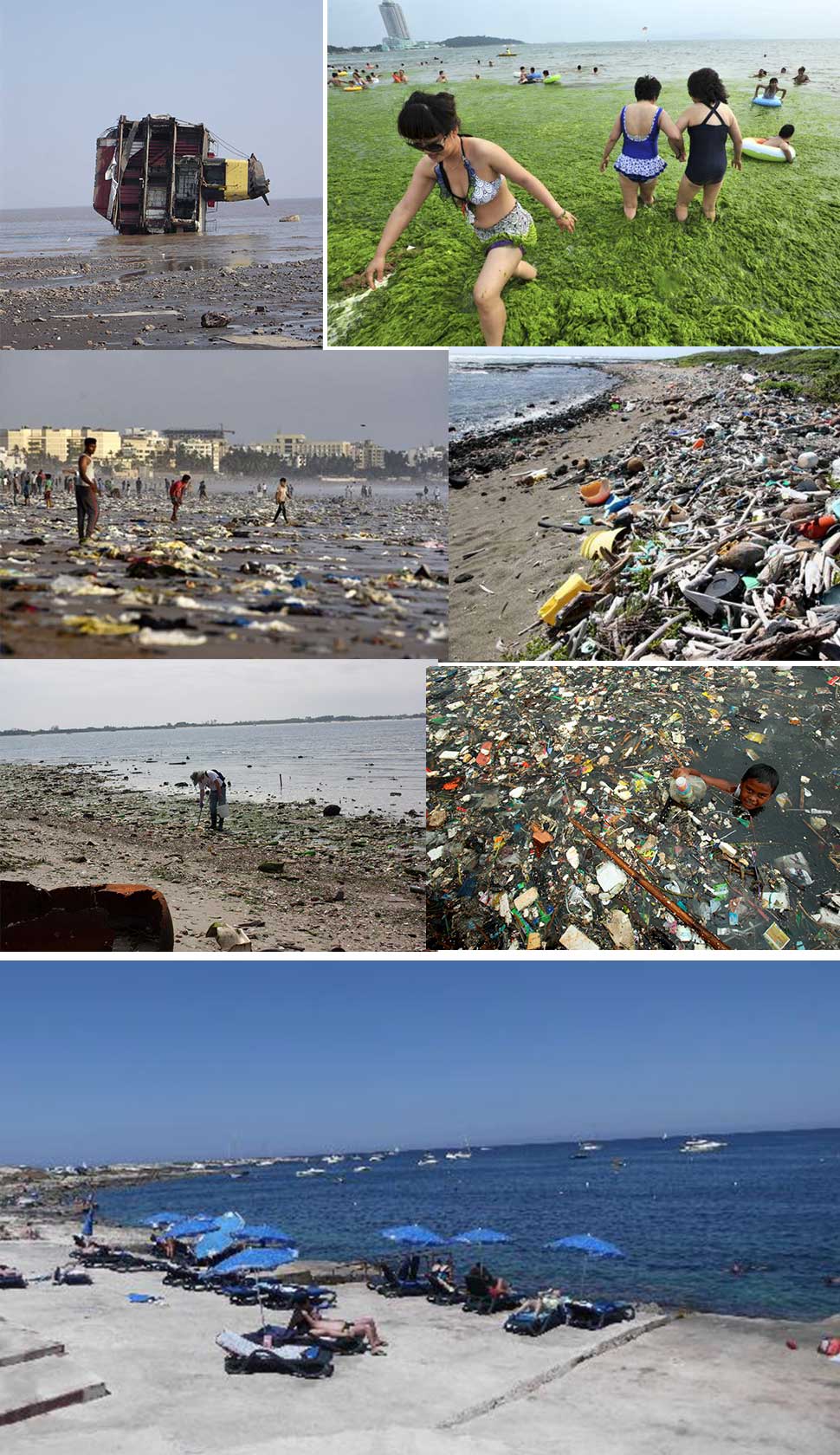